Brother Antonio Lopez, CSS, along with six others, was ordained a transitional deacon on Friday, June 8, 2019, by Cardinal Seán O’Malley, in a ceremony at the Cathedral of the Holy Cross, in Boston, MA.

In his homily, Cardinal O’Malley talked about the concept of servanthood and its importance in the role of the deacon. He pointed to the description in the liturgy’s first reading from the Acts of the Apostles, in which the apostles selected seven men “of good repute, filled with the Holy Spirit, wisdom, and faith” to be the first deacons.

He said the seven being ordained that day were joining the line of the original seven deacons ordained by the apostles.

“The diaconate is an extraordinary expression of Christ’s servanthood. Its origins are in apostolic times, and the first duties of the deacons were to wait on tables, to care for widows, orphans, and the sick. Theirs was a humble task-directed first at the basic physical needs of the people, but very soon we see the role of the deacon expanded to preaching and baptizing, caring for people’s spiritual as well as their physical needs,” Cardinal O’Malley said.

He said that they must do their work “out of love for Jesus and love for his people.”

“If we love Jesus, we will love the Church and the people that he died for,” Cardinal O’Malley said.

After the homily, the candidates for the diaconate each promised respect and obedience to their bishop and, in the case of the men being ordained for religious communities, to their superiors. To show humility and submission to God, the men lay prostrate before the altar while the assembly sang the Litany of Saints.

Each ordinand received a stole and dalmatic, the vestments that signify the office of the diaconate and the deacon’s role in celebrating the Eucharist. They also received the Book of the Gospels, with the instruction to “Believe what you read, teach what you believe, and practice what you teach.” 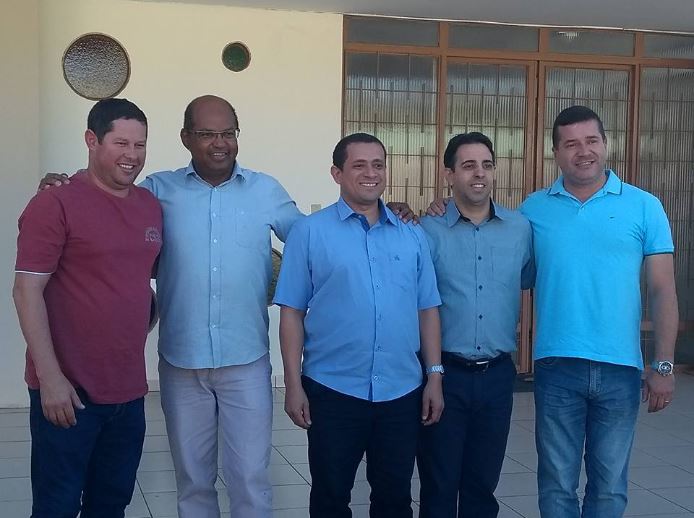 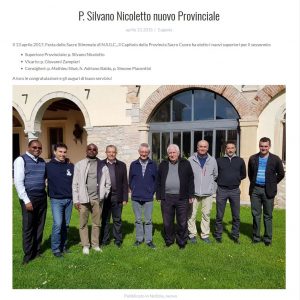 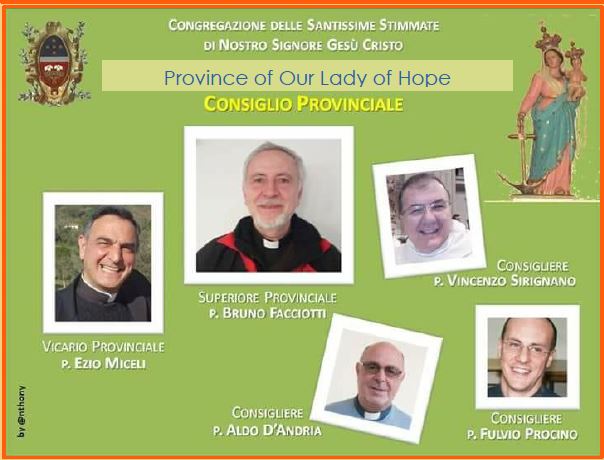 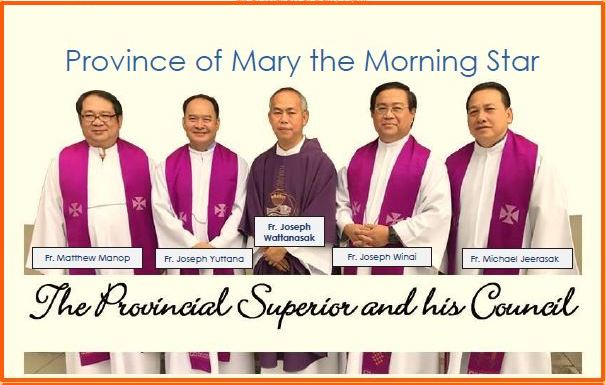 This is the new Government of the Stigmatines, for the next 6 years:

May the Holy Spouses Mary and Joseph, and St. Gaspar Bertoni, intercede for all of them for a fruitful government!

And we give thanks to the Government that just finished its 6-years term: Fr. Mauricio Baldessari (Superior General), Fr. Bruno Facciotti (Vicar General), Frs. Tadeu Lima and Abel Maglines (Councillors).

The report below is a copy of the matter by Hannah Brockhaus, for the Catholic News Agency (CNA):

Pray for each other, Pope Francis tells Stigmatine Fathers

Vatican City, Feb 10, 2018 / 10:22 am. In an off-the-cuff speech Saturday, Pope Francis told members of the Stigmatine Fathers that in community life, fraternity is a grace which requires concrete prayer for each other, and that to hold onto resentment after arguments is a sin.

“The life of community, the life of fraternity, is difficult because there are human problems, jealousies, competitiveness, misunderstandings… Fraternity is a grace, and if there is no prayer, this grace does not come,” the Pope said Feb. 10.

You might say that you pray the Divine Office or meditate on the Gospel, but “do you pray for this brother, for the other… for the Superior?”

The sin is not to argue, Francis continued, pointing out that even in good marriages there are fights. The sin comes in the “rancor, the resentment that you keep in your heart, having quarreled.”

Pope Francis spoke to about 40 participants in the General Chapter of the Congregation of the Sacred Stigmata of Our Lord Jesus Christ, commonly called “Stigmatine Fathers.” The Pope opted to speak off-the-cuff, so copies of his prepared speech were instead handed out to participants after the audience.

Besides fraternity, Francis also spoke about the “terrorism” of gossip, which he said is like throwing a bomb to destroy another from afar.

To have a good community doesn’t mean everyone has to be close friends, but you must have respect and esteem for one another, and you must pray for one another, he said, inviting those present to make an examination of conscience on this issue.

He also spoke about the wounds of Christ, especially the stigmata, which is found in the name of their order. As St. Bernard said, if you are depressed or if you have sinned, done this or that, “Go and take refuge in the wounds of the Lord,” the Pope said.

He encouraged them not to be ashamed of their devotion to the wounds of Christ, because it is their path to sanctification, and they are called to teach anyone “plagued” by their sins to find comfort there.

“A ‘wounded’ sinner finds forgiveness, peace and consolation only in the wounds of the Lord, not elsewhere,” he said.

In his prepared speech, Pope Francis invited the Stigmatine Fathers to revive both within themselves and their community the “fire of the Word of God.”

In the Gospel of Luke, Jesus announces: “I have come to set the earth on fire, and how I wish it were already blazing!” the Pope said. “Imitating the divine Master, you too are called to bring fire into the world.”

He noted that there is a good, holy kind of fire and a wrong kind, however. The wrong kind he said is that illustrated in the Gospel of Luke, when Jesus is on his way to Jerusalem, but sends messengers before him to a village of Samaritans, who did not want to welcome him.

The disciples, James and John, said, “Lord, do you want us to call down fire from heaven to consume them?” But in answer to this, Jesus rebukes them. “This is the wrong fire,” the Pope said. “God in the Bible is likened to fire, but it is a fire of love…”

He encouraged them to announce the Gospel with meekness and joy like the founder of the Stigmatine Fathers, St. Gaspare Bertoni. “This is the style of evangelization of Jesus, our Master. He welcomed and approached everyone and conquered people with kindness, mercy, with the penetrating word of Truth,” he said.

“So you missionary disciples, who are evangelizers, can bring people to conversion, to communion with Christ, through the joy of your life and with meekness.”

CONGRATULATIONS TO OUR SPIRITUAL DIRECTOR

FOR THE 60TH ANNIVERSARY OF HIS FIRST SOLEMN MASS